A group of speedway cycling enthusiasts joined our ChaiKola team. The story of cycle speedway began in the end of World War II, when young Englishmen raced on tracks formed around places where fell… the bombs. Pretty impressive, huh?

Among our enthusiasts who are not afraid of speeding tickets on their two-wheelers, you will find an accountant with life motto, “better become used than rusty”, a hip-hop fan, a student of plastics processing, a bicycle technician, a Marvel film enthusiast, a student of a mechanical school, and a Borussia Dortmund devotee. The team is complemented by a automotive lover, an international traffic driver and a fanatical spectator of the Chicago Bulls. An explosive mixture, admit it! Everyone shares love for the bike, which they profess (and practice) – some already for 20 years representing cycle speedway clubs from all over Poland!

They have raced in the finals of the World Championships in Adelaide, where they represented Poland on the Australian speedway tracks. ChaiKola accompanied our daredevils in this expedition, keeping finger crossed and hoping that drinking ChaiKola on Antipodes will bring luck to them! 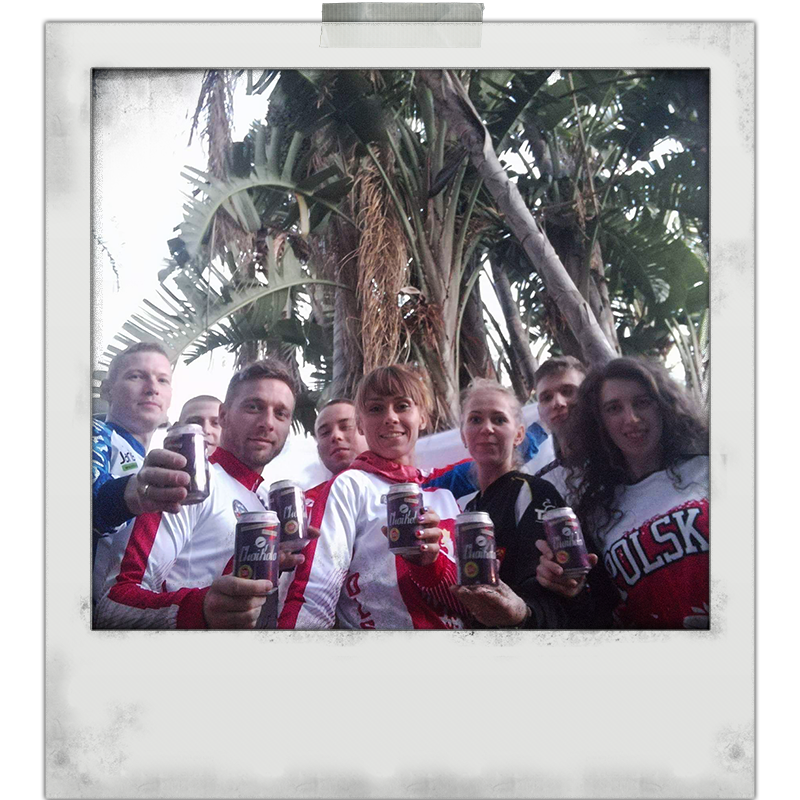 WHAT’S UP AT CYCLE SPEEDWAY!